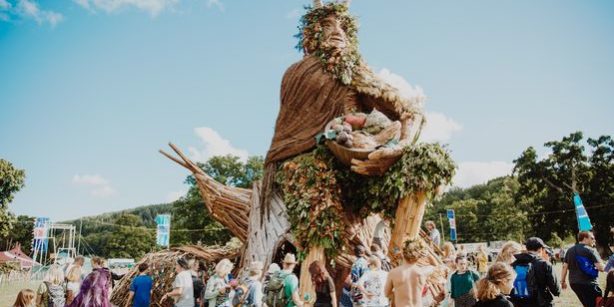 Music is a major part of Welsh culture and heritage, and has been for thousands of years. It still is, and the landscaping is ever-changing. Here are five of the best music festivals that happen in Wales each year…

Located at Bute Park in Cardiff and taking place in the early summer – end of May/beginning of June – this is a relatively early festival. In fact, it saw a successful debut in 2019 where it managed to pull in big names like Hannah Wants, Sean Paul and Bugzy Malone. Inside Out is a festival for dance music, house and garage, drum and bass – it’s one big party, set in the 130 acres of land that once formed the grounds of Cardiff Castle. For more information, click HERE.

For something with a more traditional edge, this well-loved folk festival in Dolgellau is the place to be. Typically held in July and with big names in modern folk music such as Lewys, Glain Rhys and Tant playing in previous years, Sesiwn Fawr has something for everyone. It’s a completely family friendly festival hosted in various venues and spaces around the beautiful old town of Dolgellau, set within the Eryri National Park. There is a campsite, plenty of places to eat and drink and storytelling sessions for the kids. Attendees are encouraged to bring their own instruments too, as there is always a bit of a jam session at some point over the weekend! For more information, click HERE.

10,000 rock fans in a field in Wales – that pretty much sums up Steelhouse, located in Ebbw Vale each July. Bringing the biggest names in rock over the years – UFO, Myles Kennedy, The Darkness and more – the festival is a mixture of classic and contemporary, set in a stunning location on the edge of the Brecon Beacons. The festival has a loyal following, various accommodation options and a family-friendly vibe despite the heavy nature of the music on offer. For more information, click HERE.

What started off as a tiny folk festival in the Brecon Beacons has grown into an indie extravaganza that attracts around 15,000 visitors every August. It is a 4 day event of live music, pulling in big names like Mac DeMarco, the Brian Jonestown Massacre and Stella Donnelly, the festival has been growing steadily since 2003. There is truly something for everyone at the Green Man Festival: whether you’re into music, science, art, comedy or just relaxing with your friends, you’ll have a great time at this family-friendly festival. For more information, click HERE.

Held in late August, Hub Festival is a multi-venue, multi-genre weekender located in Cardiff’s Womanby Street. Every year over 150 live musicians perform across 12 different stages in the area, along with plenty of poetry, comedy, art and more. With lesser-known bands and musicians such as Cara Cullen, The Zinvandels and Rainbow Maniac on the bill, it’s the perfect festival if you’re interested in discovering some new music to add to your playlists. For more information, click HERE.

No matter what music you’re into and what kind of festival you want to attend, Wales has it all especially during the summer months. Get your wellies on, your tents up and have some fun!