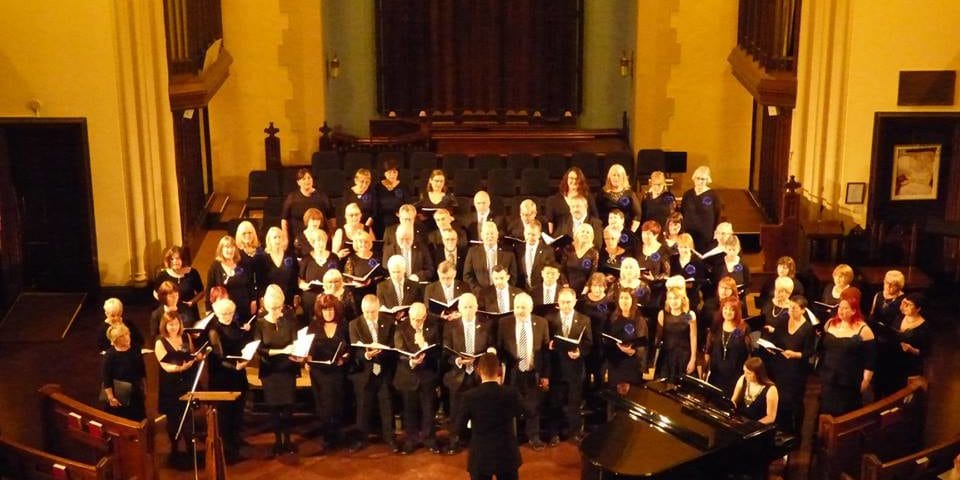 In 2011, almost half a million Canadian citizens claimed themselves to be of Welsh descent. One of the first immigrants believed to have encouraged the move from Wales to Canada is John Mathews, who brought his family into the township of Southwold in 1812, near the city we today recognise as London, Ontario.

Ontario is one of the Canadian provinces with the most significant population of Welsh people, and this community is extremely active in Canada’s cultural and social life. One of the most popular Welsh events in Ontario (and perhaps the whole of Canada!) is the Ontario Welsh Festival which began in 1961. A celebration of Wales, Welsh music and Welsh tradition, this years’ festival will take place on the weekend of April 26-28 in Hilton Double Tree Hotel in London, Ontario.

We had a lovely chat with Mairwen Thornley, one of the board directors of the Ontario Gymanfa Ganu Association, which has been sponsoring and organising the Festival for a number of years now. Mairwen was born in Wales but left during her family’s immigration.

Hi Mairwen, we know the Festival has been going on for many years now. Can you tell us a bit more about what this years’ festival will look like?

Well, it’s changed a lot from its inception, but the concept is quite similar every year – it’s the promotion of Wales and Welsh culture which is so important for those of us who no longer live in Wales to keep alive.

The Festival traditionally starts on Friday afternoon with a welcome “Daffodil Tea” where we check-in and meet our friends who we’ve met some years before. We have a lovely harpist playing some traditional Welsh music for us and later we enjoy the Noson Lawen that’s held in the headquarters hotel.

Saturday is always full of different activities, such as the annual meeting, some seminars and cinema sessions before the central event of the Festival, the Welsh choir concert. We always have guest choir from Wales – this year it’s Côr Meibion Machynlleth, the award-winning male choir from Bro Ddyfi, which we’re very much looking forward to.

On Sunday, we have two Gymanfa Ganu events, one in the morning and one in the afternoon, where we sing Welsh hymns together. With the second Gymanfa Ganu, we close the Festival and say goodbye to our Welsh compatriots until the following year.

Are the Gymanfa Ganu events well attended by your visitors?

Oh, they just love to be able to take part in the Gymanfa Ganu! We debated about having only one Gymanfa Ganu in the morning since a lot of people who come to the festival have travelled across Ontario and therefore tend to leave before lunch on Sunday to drive home rather than staying for the afternoon Gymanfa Ganu. But I must say that the last year’s afternoon one was very well attended and the people have enjoyed the hymn singing. We sing them in both Welsh and English, so everyone can be happy with the programme. Although not all of them are sung in Welsh, we definitely make it Welsh-themed all the way!

How did you yourself get involved in the Festival organisation?

I’m a member of the Dewi Sant Welsh United Church, so I got to know about the Welsh festival a long time ago. I’ve attended the Festival for years but wasn’t involved until 3 years ago when I was asked if I would like to join the committee.Once I got involved, I realised how much work goes on behind the scenes!

Do many people travel from the US or outside of Ottawa?

Quite a few came to Ottawa in 2016 when we had Three Welsh Tenors (including Wales International President Rhys Meirion) and Côrdydd. There is an active group of Welsh in Ottawa who did a lot of fundraising to get that.

In 2020 we are running the festival in Niagara Falls, and that is quite convenient for Northern US States so we expect more citizens to join us then.

Did most of the people involved moved to Canada or have they been living there for a while?

I would say that most of us have been here for a while. Of course, it’s different for some of our members, but I’m talking about the majority of us.

So how long you’ve been here?

I’ve been in Toronto for 58 years. But still, I like to keep in touch with my Welsh heritage and culture – that’s why I attended the Welsh festival in the first place. Even before the Festival was launched, I was attending Gymanfa Ganus in Niagara Falls and it was a mixture of one Ohio group plus the Canadians getting together. Although I’ve been living in Canada for the majority of my life I still, every time I speak to my sister who still lives in Wales, get back to my Welsh accent in a second!

Wales International would like to thank Mairwen for her time and for sharing information about the Ontario Welsh Festival. Tickets are still available to buy here: https://ontariowelshfestival.ca/home/