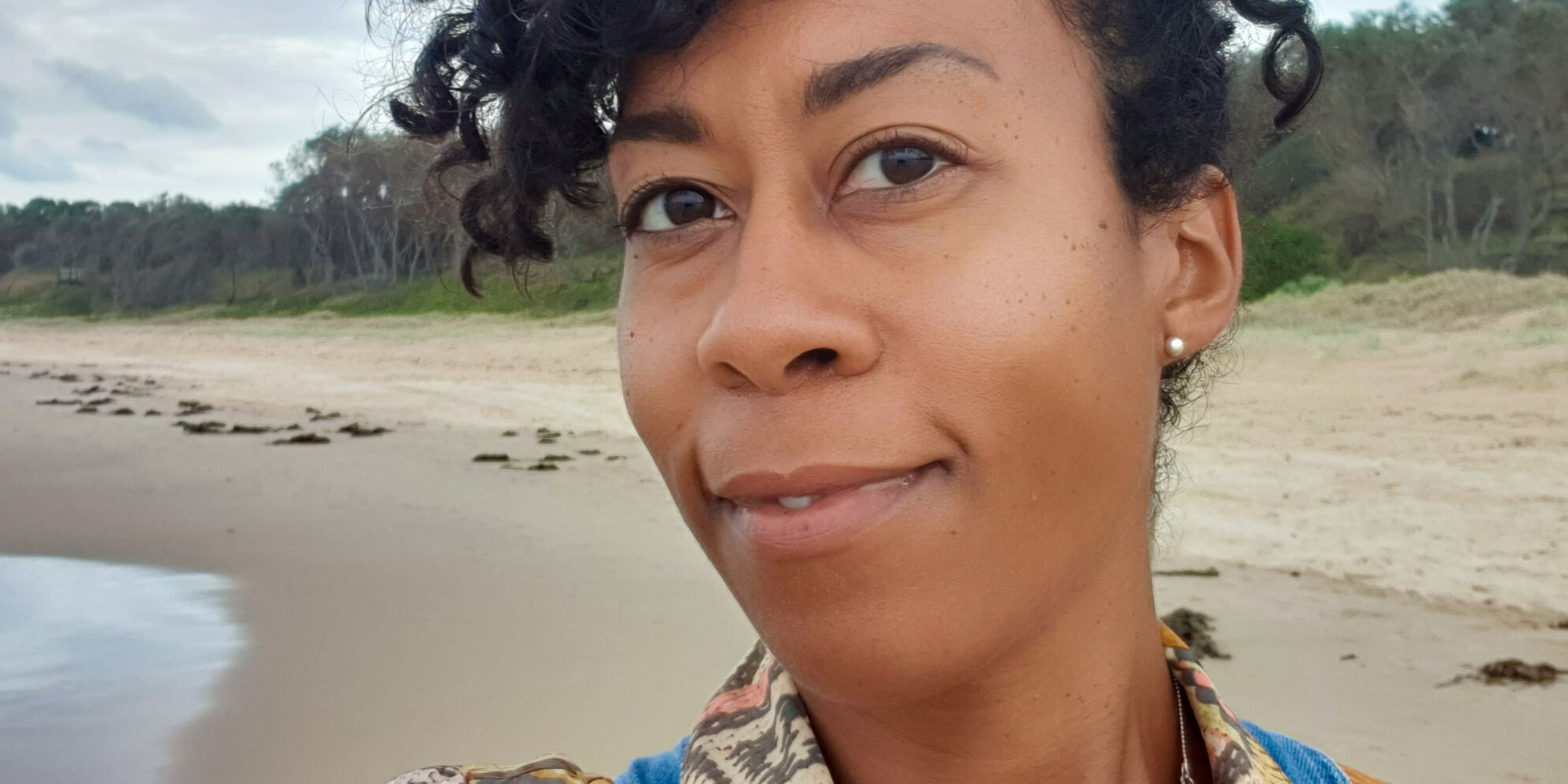 Having represented Wales in the athletics world and starred on the silver screen, Welshwoman Roz Richards now runs her own business in Melbourne. We arranged a chat to find out a little more about her story.

First of all, Roz – where were you raised?

Caerphilly in south Wales. It was a lovely place to live! My twin Lara and I had so much freedom and there was a great community there. My dad is from Bristol and my mum’s from Jamaica; she was part of the Windrush generation that came to Wales in 1963. Mum was trained to become a mental health nurse with the NHS and got a job over in Cardiff. I have so many happy memories of Caerphilly, but unfortunately we experienced some racism and that was very difficult for us as children.

How did this effect you?

People made fun of us and were cruel. My sister and I were keen to do gymnastics, but the young girls there were incredibly mean and neither their parents nor the teachers did anything to help us. Dad decided to pull us out of the club and take us to the athletics club instead, where we had such a warm welcome. Athletics has been a massive part of my life ever since.

What sparked your interest in sports?

Dad was my inspiration. I loved sports at school, especially running. When Dad took us to the Newport Harriers, I was over the moon. I’d been competing in the 800 metre race since I was 9 years old. When I was 17, I was chosen to represent Wales in the field.

It was incredible. When you’re a child, it’s your dream to represent Wales. It was amazing to be able to wear the Wales vest – it made me felt so proud. It was a very special experience.

How did you end up in Pobl y Cwm?

Ha, it was a rather unexpected leap! I really enjoyed acting at school and I got a call from one of my old teachers saying one of Pobl y Cwm’s producers were keen to meet me. The role of Kim was written specifically for me and I was there for a year! I hadn’t received any formal training – I just learnt on the job!

Did you have plans to develop your career in the acting world?

I did. I had completed my degree in sports training at Bath University, but being on Pobl y Cwm inspired me to go on to study at the Royal Welsh College of Music and Drama at Cardiff. I got a couple of small roles following this before ending up presenting sports stories on Heno and Wedi 3 – the best of both worlds!

Would you say your Welsh education helped open doors?

Definitely! Mum decided to send me to the Welsh school despite both my parents not being Welsh. Mum learnt the language with us, but Dad never did – he’s English to his very core!

When and how did you end up in Melbourne?

In 2011, I took some time off to go travelling in southeast Asia and I fell in love with the place. After coming back to Wales, I felt the urge to move abroad. It was between America and Australia, as they were the two countries with the most sports opportunities. As I already had friends in Australia and it was closer to southeast Asia, it was the obvious winner for me! I picked Melbourne because that’s where most athletic tracks are, and I’ve been here for eight years now!

Was it easy to find work?

I got a job straight away as a sports masseur for the Melbourne Rebels, the rugby team. I also got work with the AFL. Six years ago I got headhunted by the Western Bulldogs as their head sports masseur, and I was over the moon! The club has a wonderful community spirit.

And have you just been appointed as an ambassador for the Daughters of the West?

I have. It’s another part of the club that offers support for women in the fields surrounding the club. Many suffer from abuse at home, racism and all sorts of challenging experiences. The aim is to empower women and create a space for them to feel proud of their culture and themselves. This is a cause that’s very close to my heart because of my roots and own experiences with racism.

Do you now run your own business?

I do! In March 2019 I launched Roz Sports, which offers sport massage therapy for athletes. It’s a transportable business which means I can travel with individuals and teams. I just spent four months with the AFL on the Gold Coast, as that’s where they’ve been training because there’s no Covid-19 there and it doesn’t have the same restrictions as Melbourne.

How many Welsh people are there in Melbourne?

Loads! I’ve met so many through the Welsh Society in Melbourne, especially during the Six Nations! Meeting up like this is important and gives us the opportunity to use our Welsh, which is so special to me. I urge everyone from Wales who lives abroad to connect with their local Welsh society!

I do. I miss the views and the valleys. I was recently driving from Byron Bay to Mullumbimby and I got rather emotional. The landscape reminded me so much of Wales that it was like being home again, especially as it was so green and beautiful with such kind people. I’d love to move there one day – it’s like a very sunny Wales!

Will Wales always be home to you?

My heart will always be in Wales no matter what, but I think home is where you make it. At the moment, Australia is home to me but Wales will always be with me.

Thank you so much to Roz for sharing her story, and best of luck with the business in Melbourne!

If you would like to share your story with us, email us on marketing@walesinternational.cymru and if you haven’t joined our worldwide Welsh family yet – well, what are you waiting for? Click here for the full details and exclusive special offers from our business partners!